In recent decades, Carlo Scarpa’s relevance has been steadily on the rise. At a time when architects have to use existing city and building structures as a point of departure for their work, his oeuvre remains a source of inspiration. Buildings such as the Castelvecchio in Verona show us that architecture is capable of communicating its own history, has meaning, and develops a contemporary dynamic of its own. Scarpa’s layered architecture makes visible the process of becoming and the time-related sedimentation of material and meanings. It is especially at points of transition and interface that layering becomes a narrative element that elucidates the tectonic qualities of the building. Overlaying includes leaving a record of how an object came into being — either by means of the sediments of its history or through the intervention of the architect. In this book Anne-Catrin Schultz presents her research about the phenomenon of layering in Carlo Scarpa’s architecture. Layering describes the physical composition of layers defining space as well as the parallel presence of cultural referrals and formal associations imbedded in the physical layers. Scarpa’s work is an embodiment of multidimensional layering and, at the same time, a focal point for architectural movements of his time that have stratification as their theme. In most buildings, the principle of layering may be regarded as something that is part of the nature of building. Functional conditions call for planes, elements, or layers to provide the supporting structure, and others to protect from rain, cold or the heat of the sun. However, architectonic layering goes beyond merely fulfilling technical requirements — the principle of layering may be used as a formative method that allows elements of different origins to be combined into a non-hierarchical whole. Layering exists in a realm of complexity and implies a capacity of being interpreted that goes beyond itself and creates references to the world at large. The first part of the book examines Scarpa’s fields of influence and intellectual roots and puts them in perspective with former theories and their interpretation of architecture as layered, for example Gottfried Semper’s theory of clothing. The second part displays an analysis of three major projects, Castelvecchio and Banca Popolare in Verona and the Querini Foundation in Venice. 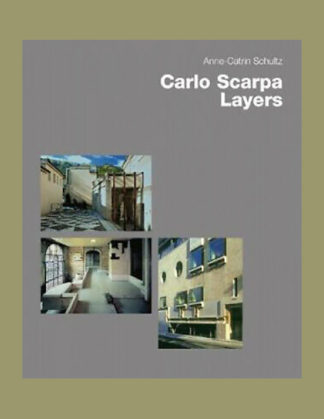