Calder: Nonspace takes its title from a 1963 essay by American novelist James Jones, written after his encounter with a series of large-scale sculptures at Alexander Calder’s studio in Saché, France. In his essay, reprinted in this book, Jones astutely describes Calder’s deep understanding of architectural and natural environments, which enabled him to reorder a viewer’s perception of the world surrounding his sculptures.
This catalog explores this angle on Calder’s monumental vision by documenting an installation at Hauser & Wirth Los Angeles. It consists of more than 30 stabiles, mobiles and standing mobiles woven through a specially designed environment created by New York architectural designer Stephanie Goto along with five large-scale works set outdoors. 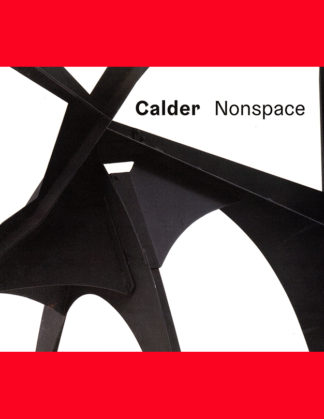