Art in Theory: The West in the World – An Anthology of Changing Ideas

Art in Theory: The West in the World is a ground-breaking anthology that comprehensively examines the relationship of Western art to the art and material culture of the wider world. Editors Paul Wood and Leon Wainwright have included over 350 texts, some of which appear in English for the first time. The anthologized texts are presented in eight chronological parts, which are then subdivided into key themes appropriate to each historical era.

The majority of the texts are representations of changing ideas about the cultures of the world by European artists and intellectuals, but increasingly, as the modern period develops, and especially as colonialism is challenged, a variety of dissenting voices begin to claim their space, and a counter narrative to western hegemony develops. Over half the book is devoted to 20th and 21st century materials, though the book’s unique selling point is the way it relates the modern globalization of art to much longer cultural histories. 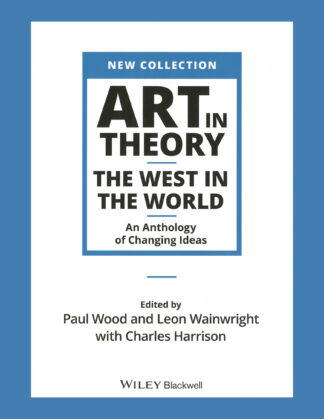 Je bekijkt nu: Art in Theory: The West in the World – An Anthology of Changing Ideas €45,00
In winkelmand
0