Architecture of the Islamic West: North Africa and the Iberian Peninsula, 700-1800

Some of the most outstanding examples of world architecture, such as the Mosque of Córdoba, the ceiling of the Cappella Palatina in Palermo, the Giralda tower in Seville, and the Alhambra Palace in Granada, belong to the Western Islamic tradition. This architectural style flourished for over a thousand years along the southern and western shores of the Mediterranean—between Tunisia and Spain—from the 8th century through the 19th, blending new ideas with local building practices from across the region.

Jonathan M. Bloom’s Architecture of the Islamic West introduces readers to the full scope of this vibrant tradition, presenting both famous and little-known buildings in six countries in North Africa and southern Europe. It is richly illustrated with photographs, specially commissioned architectural plans, and historical documents. The result is a personally guided tour of Islamic architecture led by one of the finest scholars in the field and a powerful testament to Muslim cultural achievement. 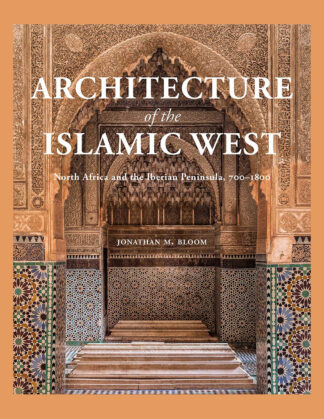 Je bekijkt nu: Architecture of the Islamic West: North Africa and the Iberian Peninsula, 700-1800 €65,00
In winkelmand
0