The first monograph to consider British sculptor Anthony Caro’s sculptural output in stainless steel, a material he used throughout his career.
Caro employed stainless steel extensively, from intimately scaled Table Sculptures to extremely large works, over many decades. Caro’s exploration and interrogation of this material became increasingly important in his mature works. Karen Wilkin analyzes Caro’s use of stainless steel in the context of the development of modernist constructed sculpture, pioneered in the United Kingdom by Caro and in the United States by David Smith, a friend and admired predecessor, from whom Caro inherited most of the stainless steel he first employed following Smith’s untimely death. Karen Wilkin’s text represents a much needed overview of Caro’s late career and a vital expansion of our understanding of twentieth-century and early twenty-first-century modernist sculpture. 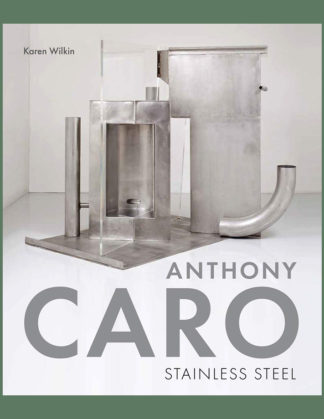