The first monographic exhibition in France dedicated to Alice Neel (1900-1948), a major American artist, highlights the political and social commitment of a figurative painter at odds with the artistic styles of the avant-gardes of her time.
Structured in two thematic parts, social injustice and gender inequality, the retrospective includes some sixty paintings and drawings as well as numerous documents, from her first works at the end of the 1920s to her last paintings, made shortly before her death.
The act of creation being fundamentally a search for truth for Alice Neel, the artist paints those rejected by society, the victims of social or gendered oppression: Latin American and Puerto Rican immigrants, African-American writers excluded from the intellectual elite, single mothers struggling to raise their children, homosexual couples – all committed portraits presented by the artist with communist affinities.
As one of the few French-language catalogues devoted to the painter, the catalogue will also be in two parts, around four essays and an extensive anthology accompanying some sixty works illuminated by numerous quotations from the artist. IN FRENCH. 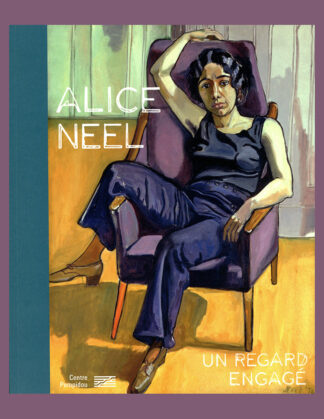