Jo Berben, Ingrid Mees and Luc Vanmuyssen are the founders of the Belgian architectural team a2o, with offices in Brussels and Hasselt. Their buildings are powerfully and inventively integrated into the mostly urban environment. Their forms and details are reduced, creating a meditative atmosphere. ‘ … What the six projects have most in common is that – with the exception of the Poor Clares Covent – they were realised after 2012. It was the time when a2o’s initiators, with the future and with continuity in mind, had taken up a number of loyal, younger designers as new associates in their group. The projects mark a new direction in which young people seek to steer a a2o’s approach: one emanating self-assurance, as well as context-responsivenessn tying in with the high standard of current Belgian and Flemish architectural production.’  Iwan Strauven

De aedibus international is a series on contemporary, highly qualified European architects and architecture; an archive of carefully selected buildings and projects. 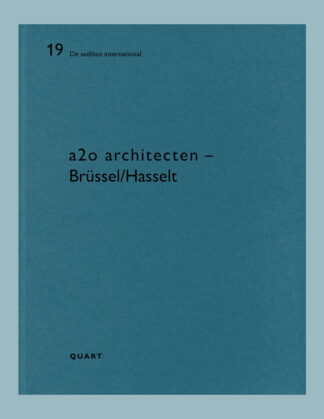