When Marina Abramović Dies examines the extraordinary life and death-defying work of one of the most pioneering artists of her generation–and one who is still at the forefront of contemporary art today. This intimate, critical biography chronicles Abramović’s formative and until now undocumented years in Yugoslavia, and tells the story of her partnership with the German artist Ulay–one of the twentieth century’s great examples of the fusion of artistic and private life. Abramović/Ulay started out living in a Citröen van, touring Europe and making “relational” performances that explored their symbiotic (and often painful) relationship. In their final performance, after twelve years of collaboration, the two walked toward each other from opposite ends of the Great Wall of China until, after ninety days, they met in the middle and said goodbye.

In one of many long-durational performances in the renewed solo career that followed, Abramović famously lived in a New York gallery for twelve days without eating or speaking, nourished only by prolonged eye contact with audience members. It was here, in 2002, that author James Westcott first encountered her, beginning an exceptionally close relation between biographer and subject. When Marina Abramović Dies draws on Westcott’s personal observations of Abramović, his unprecedented access to her archive, and hundreds of hours of interviews he conducted with the artist and the people closest to her. The result is a unique and vivid portrait of the charismatic self-proclaimed “grandmother of performance art. 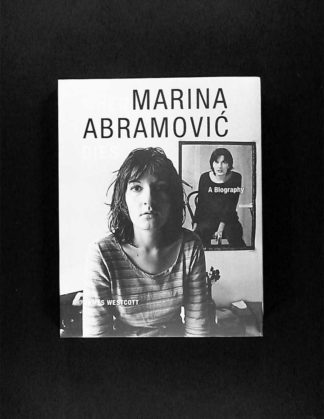