Cities and towns are among humanity’s greatest achievements, yet no single individual or organization creates them. The buildings, streets, and gardens of even a small town embody substantial investments of money, natural resources, and political capital. Much more than the sum of its parts, a settlement’s vitality comes from its collective composition. Sometimes the cities and towns that emerge are glorious places, but too frequently they have only fragments of greatness or are soulless and environmentally unhealthy. Our new Architecture Brief Urban Composition shows architects, planners, artists, and engineers of individual projects how they can best fulfill their public trust to help make meaningful urban places. Each chapter contains a set of design queries followed by a discussion, illustrations, and references for further research. This accessible primer on urban design provides guidelines for designing buildings or plans for large cities or small towns. Urban Composition showcases projects across the United States and internationally, in metropolitan areas such as Chicago, Seattle, and London, and small communities such as Marfa, Texas. 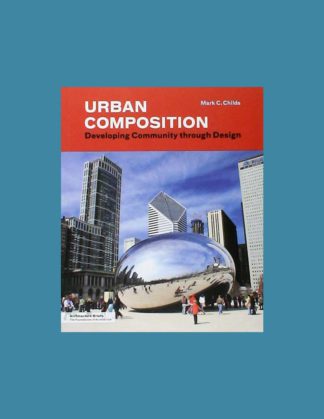