Turner Inspired in the Light of Claude

J.M.W. Turner is perhaps the best-loved English Romantic artist. He became known as ‘the painter of light’, because of his increasing interest in brilliant colours as the main constituent in his landscapes and seascapes. His works include watercolours, oils and engravings. Claude Lorrain was a vital influence at the heart of Turner’s artistic practice, and remained a profound stimulus from Turner’s formative years until the end of his working life; no other artist of his generation strove so consistently to confront the earlier landscape painter’s achievement and legacy. In the era before the founding of the National Gallery, Turner’s insatiable appetite for Claude’s work can be traced in pictures he encountered in salerooms and in the collections of his aristocratic patrons. Applying what he had learnt to the British countryside, Turner was soon producing views of the Thames Valley that transform it into an idyllic pastoral scene more reminiscent of the Campagna around Rome. Turner’s desire to be considered by posterity alongside Claude in the pairing of two of the canvases he gave to the National Gallery is well known. But, even after he had determined on this clause in his will, he continued to pit himself against Claude, paying homage, even as he continually sought to go beyond the achievements of his master. 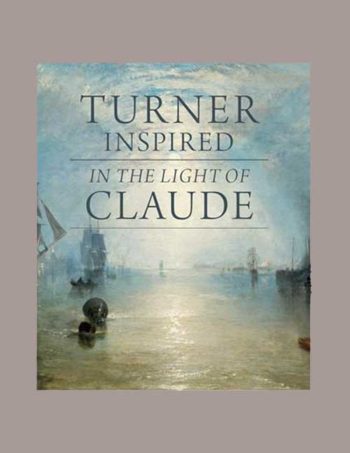