Toshiko Mori is a New York-based architect and Professor in the Practice of Architecture at the Harvard University Graduate School of Design for many years. As a long-time member of the World Economic Forum’s Global Agenda Council on the Future of Cities, Mori led research and inquiry into sustainable architecture, enhancing cities’ livability, and creating efficient urban services.  Mori is also on the board of Dassault Systems, a company connecting technology to environment and life science. And she has founded the platform VisionArc, a think tank dedicated to exploring the role of design within complex social and environmental issues. This book will focus on TMA’s projects based on research, and the impact of socially valuable projects to society. The book illustrates how the observation of the architect operates as opposed to how the imagination of the architect manifests itself. Different chapters in the book are describing various ways of approaching the task of observation. Seven chapters are divided into specific projects and provide a look at the hidden thought processes that can take place behind the ideas, solutions, and physical manifestations or architecture. Presented projects include the Portable Concert Hall, called Paracoustica, which is an ongoing nonprofit work to come up with an affordable and shareable concert hall among many constituents in remote and underserved community; the Novartis Institutes for BioMedical Research focusing on socialization among scientists as a new model of work that promotes further discovery and teamwork. And i.e. the research on the role of libraries in the future using the example of the Brooklyn Public Library Central Branch. Another chapter is dedicated to the vernacular typology development in Senegal with the Albers Foundation, and the research on social spaces for collaborative educational environments. 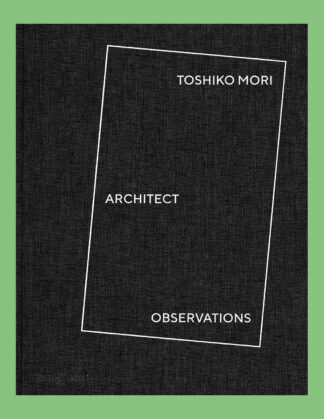