With Lines and Lineage, Tomas van Houtryve takes aim at America’s collective amnesia of history. The work addresses the missing photographic record of the period when Mexico ruled what we now know as the American West. To visualize the people and places from the remarkable yet unseen Mexican era, van Houtryve chose to photograph the region with glass plates and a 19th-century wooden camera. His portraits of direct descendants of early inhabitants of the West—mestizo, Afro-Latin, indigenous, Crypto-Jewish—are paired in diptychs with photographs of landscapes along the original border and architecture from the Mexican period. This book lifts the pervasive fog of dominant Western mythology and makes us question the role that photographs—both present and missing—have played in shaping the identity of the West 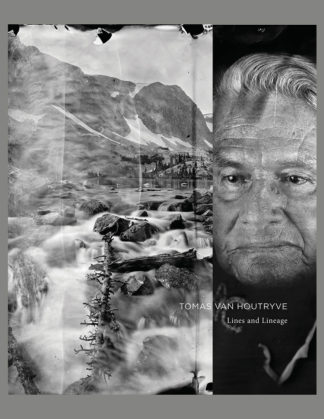