The World Atlas of Street Photography

More people than ever before live in the city, which critic Susan Sontag once described as ‘a landscape of voluptuous extremes’. The energetic, ever-changing pace of the metropolis has long lured photographers to capture, often candidly, the chaos, character and incident of modern urban life. Its theatre of the everyday and the ordinary continues to inspire extraordinary art and holds up a mirror to our public world.

Including classic documentary street photography as well as images of urban landscapes, portraits and staged performances, The World Atlas of Street Photography focuses on an abundance of photography that has been created on street corners around the globe including:
Daido Moriyama as he roams the cramped, winding back alleys of Tokyo
Joel Meyerowitz’s extraordinary archive of New York’s Ground Zero in the days after the 9/11 attacks
Alexey Titarenko as he uses long exposures to recast his home town of St Petersburg as a haunting city of shadows
Remarkable beach scenes of Rio de Janeiro with Julio Bittencourt
Katy Grannan’s portraits of the hustlers and strutters on Hollywood Boulevard
New York’s hip-hop culture seen by Nikki S. Lee, artfully disguised to expose preconceptions on race and identity 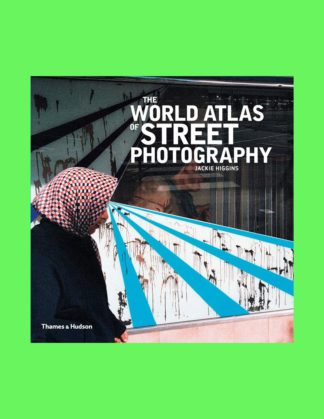