The Image of Whiteness: Contemporary Photography and Radicalisation

SPBH Editions & Art on the Underground, 2019

From the advent of early colonial photography in the 19th century to contemporary “white savior” social-media images, photography continues to play an integral role in the maintenance of white sovereignty. As various scholars have shown, the technology of the camera is not innocent, and nor are the images it produces.
In this way, the invention and continuance of the “white race” is not just a political, social and legal phenomenon, it is also a complexly visual one. In a time of revivified fascisms, from Donald Trump to Tommy Robinson, we must attempt to locate the image of whiteness anew, so that we can better understand its nonsensical construction. What does whiteness look like, and how might we begin to trace an anti-racist history of artistic resistance that works against it?
The Image of Whiteness seeks to introduce its reader to some important extracts from the troubling story of whiteness, to describe its falsehoods, its paradoxes and its oppressive nature, and to highlight some of the crucial work photographic artists have done to subvert and critique its image.
Edited by writer and photography scholar Daniel C. Blight, The Image of Whiteness includes the work of artists Abdul Abdullah, Agata Madejska, Broomberg & Chanarin, Buck Ellison, John Lucas & Claudia Rankine, David Birkin, Hank Willis Thomas, Kajal Nisha Patel, Michelle Dizon & Viet Le, Nancy Burson, Nate Lewis, Libita Clayton, Paul Mpagi Sepuya, Richard Misrach, Sophie Gabrielle, Stacy Kranitz and Stanley Wolukau-Wanambwa. 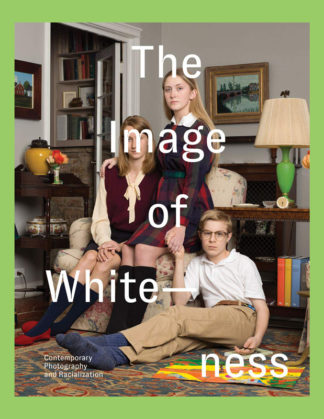 Je bekijkt nu: The Image of Whiteness: Contemporary Photography and Radicalisation €32,00
In winkelmand
0