An Introduction to English Portraiture 1558 to 1603

Fifty years after his seminal Tate gallery London exhibition, ‘The Elizabethan Image’, leading authority Roy Strong returns with fresh eyes to the subject closest to his heart, The Virgin Queen, her court and our first Elizabethan age. From celebrated portraits of the Queen and paintings of knights and courtiers, to works depicting an aspiring ‘middle class’, Strong presents a detailed and authoritative examination of one of the most fascinating periods of British art. Enriching previous perceptions and ways of seeing the Elizabethans in their world, he reveals an age parallel in many ways to our own—a country aspiring professionally and changing socially. The gaze is from the inside, capturing the knights, melancholy lovers, poets (including Sidney, Donne and Sir John Davies), court favourites and their ‘Gloriana’—as they mirrored and made themselves.
Beginning with the great portrait of the Queen in grand procession with her Garter Knights, Strong pinpoints the characters and key motifs that run through the rest of the book: chivalry, changes to the social order, emblems and imagery – the full richness of the Elizabethan imagination. These pictures were intimate—personal commissions by private individuals, and not necessarily for public view. As such they are a glimpse into private worlds and sentiments and speak eloquently for the people who paid for, painted and lived amongst them, reversing an academic tendency to treat the portraits as if they had a life of their own, not grounded by the real people who commissioned them.
Roy Strong concludes this richly illustrated volume with the famous and complex Rainbow Portrait, unpicking the iconography of this final painting of an ageless Elizabeth in her ‘Mask of Youth’. Within a year of its completion the queen was dead—her portraits increasingly demoted and replaced by Mary Stuart’s—as the splendour of the Elizabethan age and ‘the cult of the queen’ made way for new monarch James VI, who was to rule over a united England and Scotland. 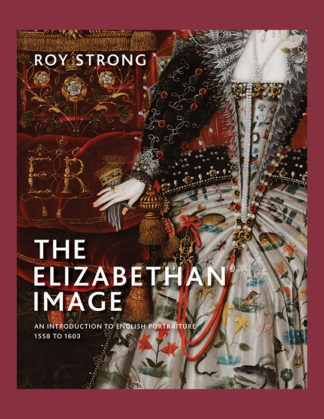