The 500 Hidden Secrets of Copenhagen

For The 500 Hidden Secrets of Copenhagen Austin Sailsbury went looking for the most wonderful places to be in the Danish capital, like a smørrebrød spot in the Torvehallerne food market that serves fresh, creative open-face sandwiches made right in front of you, a tiny arched tunnel which, every three to five weeks, is reclaimed by an artist who covers the walls with his or her own vision, or an urban development where housing units were built atop a sloping concrete parking structure, thus allowing for an artificial mountainside below and cascading, terrraced apartments high above street level.
The concept remains unchanged: 500 addresses and facts that few people know presented in original lists of 5 – incl. maps & index. 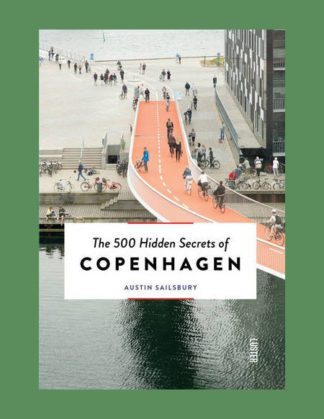