In recent times, Soviet architecture in Ukraine has been rather in vogue abroad. At home, however, it is a different story: due to various political and economic factors and the stigma that is attached to everything Soviet, many buildings from the Soviet period are not maintained or even destroyed. The Ukrainian authors Alex Bykov and Ievgeniia Gubkina have decided to fight to save modernist architecture. Based on large-scale research, this book offers a rethinking of postwar Soviet architecture, with Bykov’s photographs documenting buildings in their current state and Gubkina’s criticism and analysis giving an unexpected spin on the multi-faceted modernist architectural movement, putting it in its correct global, historical, and political context. Gubkina also offers a revision of the term Modernism, which is most widely used in Ukraine, and the terms brutalism and post-modernist architecture. This lavishly-illustrated title leaves us to question whether we should remain neutral to the steady destruction of these urban ruins and the attempt to wipe this legacy from our memory and whether this Soviet past that is portrayed is really past. 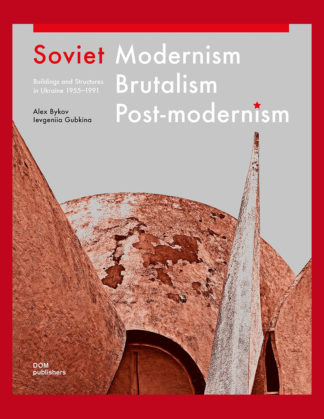