“Many years ago, Sherrie Levine found and sold pairs of small shoes in a gallery in New York. A refined version, handmade in Italy from softest leather and suede, retraces the artist’s first steps.” – Parkett

“In the early seventies, when I first got out of school, I lived in Berkeley and taught in the area. One of the jobs I had was at San Jose State. I used to stop at a thrift shop on my way home. One day I went in and saw a carton of seventy-five pairs of little black shoes for fifty cents a piece. It was an offer I couldn’t refuse. I bought them. And when I moved to New York in 1975, I had nothing but a suitcase and this carton of shoes. Then I just kept them around, I never knew what to do with them. In 1977 Barbara Ess introduced me to Stefan Eins who was running the Three Mercer Street Store. He was looking for artists who wanted to show things … that weren’t the kind of thing you find in a gallery, but which made reference to the store … we did a show that took place on two weekends … Subsequently, I received a lot of requests for a pair of the shoes, and so when Parkett wanted to do an edition with me, I asked them if they would be interested in reproducing these shoes, and they loved the idea.”
– Sherrie Levine, as quoted by the Tate Modern. 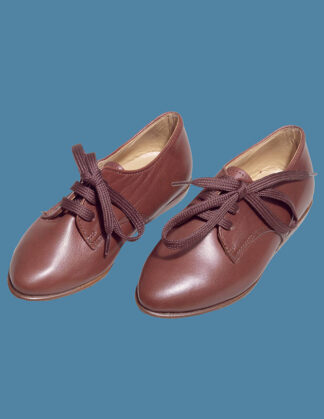