Fernando Botero and Felipe Grimberg met when the painter was 54 and Grimberg was 21 and dreaming of becoming an art dealer of renown; he was in his prime and recognized Botero as one of those rare artists whose work is known on sight. Over the following 28 years, Botero became the most important, living, Latin American contemporary artist in the world, while Grimberg was busy in selling over 400 Botero’s in the secondary market. This book is about Grimberg’s journey in the art world, the true nature of a dealer’s relationship with the artist and stories about the collectors, gallerists, mentors and thieves he has known along the way. These are Grimberg’s memories that have been woven into the fabric of a truly great life ~ the life of a man who fulfilled a young man’s dream of becoming an art dealer of some renown.
The book also includes an introduction by Botero and the reproductions of over 200 works painted by him. 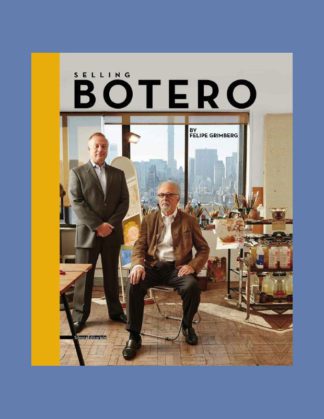