From the flight of a raven to the views of an ocean as black as the night, through an underwater immersion surrounded by alligators, Van Malleghem transcribes an epic faithful to his fascination: watching scenes whose banal is transformed in sublime without geographical or temporal borders. His invisible desire to immortalize nature, like a devouring necessity, offers the possibility of discovering a territory that insists on remaining anonymous. Devoid of human beings, at least barely perceptible, the immense theater of nature is the main character of this spiritual narrative. His photographs do not observe, they tell and give to dream.
Imagine a trip so often fantasized that the majestic – sometimes aggressive – landscapes silence the most realistic thoughts. His stills, silent, contemplative and fragile, are radical touches of pure white and sooty black. And by mixing them, Sébastien Van Malleghem harmoniously harmonizes all these shades of gray which constitute the thickness of the world. The images follow one another, to the rhythm of the golden-hued pages, which echo – or rather the memory – of the rare light present in the darkness of northern Norway, that of a golden thread through mountains.
(Text by Léonor Matet) 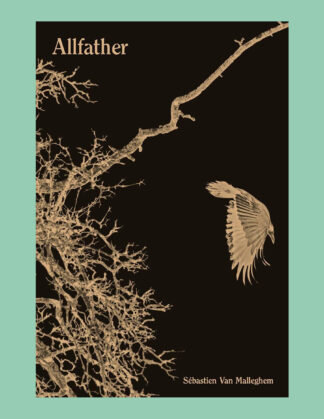