Searching for the Language of a House: Architectural Photography of Koji Taki

Compiled and edited by artist Tamami Iinuma, this collection of architectural photography by Taki Koji (1928–2011) spans the decade between 1968 and 1979 and includes works by architects such as Kazuo Shinohara, Toyo Ito, Kazunari Sakamoto, and Hironori Shirasawa. The images were digitised from original prints and film, and 125 photographs were selected and retouched by Iinuma especially for this posthumous publication. Two texts are included as well: Koji’s own “The Language of a House” (originally published in 1975) and the critical examination “The Houses Are All Gone Under the Sea: Koji Taki’s Anti-Architectural Photography” by cultural anthropologist Ryuta Imafuku. 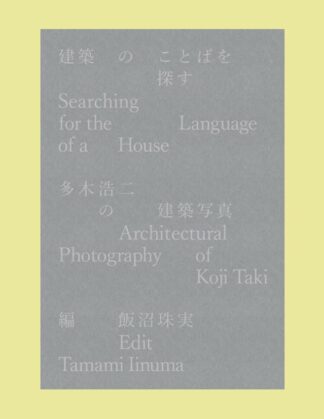 Je bekijkt nu: Searching for the Language of a House: Architectural Photography of Koji Taki €97,00
In winkelmand
0