Sanctuary. Britain’s Artists and their Studios

Artists have always invested their personalities in their working environments. Although artists today have new modes of working enabled by new technologies, studios continue to open a window on the creative act. The immense interest in the opening of Francis Bacon’s London studio to the public and its transplanting to Ireland signalled the dawning significance of the studio in critical thinking about new art and culture.

The studio has become a creative centre for experimentation often extending beyond the bounds of a single space. It has also, for some, become a hiding place. Sanctuary: Britain’s Artists and their Studios looks behind the scenes at both artists’ lives and their workplaces, encouraging them to explore their methods and personalities.

In addition to individual interviews with all the artists featured in the book, three essays explore the meanings, configurations and personalities of a huge range of studio settings and environments in contemporary British art. 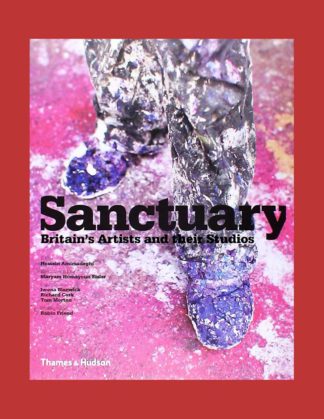