SIXSIXSIX consists of 666 large-format Polaroid self-portraits (each 21.5 x 27 cm), produced in an intensive process by Samuel Fosso with a small team in his Paris studio in 2015 and 2016. Shot against the same rich, colored backdrop, these striking photographs depart from Fosso’s earlier self-portraits through their understated and strippedback approach. Fosso’s challenge was to create 666 self-portraits each with a different bodily expression, reminding us of the link between his performances and photography.

In Fosso’s words: “In this series there is unhappiness and happiness, misfortune and good fortune. I was very inspired by these two aspects. SIXSIXSIX refers to the number of misfortune. By that I mean in terms of what I’ve encountered in my life up to now. After my illness came the Biafra War; millions of people died, and I was fortunate to be saved. I went to the Central African Republic where I experienced the conflicts of 2014, in which I also could have died. […] For all that I’ve been through, God has been with me and saved me. […] In the end, it’s about buried emotions that we ourselves create, and about exorcizing my own resentment in the face of this situation. From 1976 to 2014, I have never been at peace in my life when faced with the actions of those who always sow misfortune among children and innocents.” 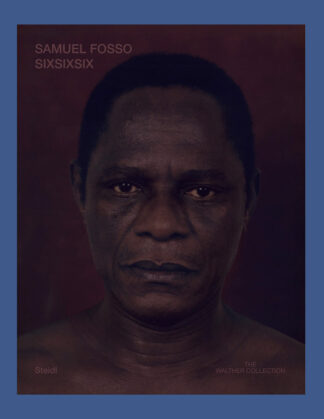