The sixteenth instalment of the ‘Contemporary Architect’s Concept Series’ takes the delicately structured work of Japanese visual artist and architect Ryuji Nakamura as its theme. Nakamura’s often room-filling installations are formed by regular patterns of lines that play with perceptions of scale, and are occasionally so thin as to almost disappear into the space around them. Filled with fascinating objects, structures and images, the book accompanies each project with short, contemplative texts by Nakamura that set forth an array of queries into the nature of structure, form, variation and spatiality. A captivating look at the complexity and depth of lines in architecture. 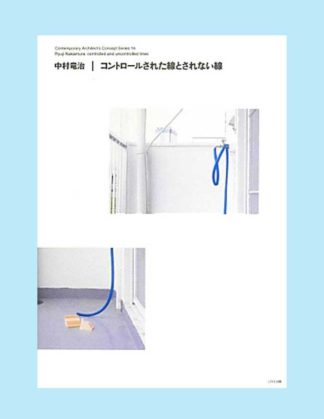