Robert Therrien takes ordinary objects and makes them unfamiliar, removing functionality to reveal metaphoric associations in them. Such works include his series of monumental tables and chairs, giant-sized stacks of pots, plates and bowls, and fifteen-foot fake beards hanging on their stands, among other works. Expertly photographed, with an insightful interview by art historian and theorist Norman Bryson, this is the first major book to examine Therrien’s unique body of work. Planned to coincide with the exhibition of Therrien’s sculptures in May 2008 at Gagosian Gallery in New York City.

About the authors:
Norman Bryson is a Professor in the Department of Visual Arts, University of California San Diego. An art historian and theorist, Bryson has published widely in the areas of eighteenth-century art history, critical theory, and contemporary art. Margit Rowell is an American curator. She retired as chief curator of drawing at the Museum of Modern Art, New York, in 2002. She has published several books of contemporary art. 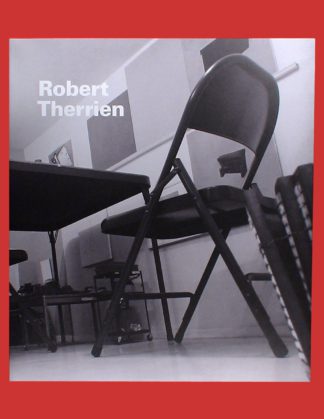