This luxurious comprehensive catalogue, lavishly illustrated, brings together works from throughout the artist’s career, from early collages and Polaroids, to the images of flowers, nudes, sexuality and portraits that made him one of the most notable photographers of the last century.

Robert Mapplethorpe (1946-1989) took his first photographs using a Polaroid camera. His first Polaroids were self-portraits and the first of a series of portraits of his close friend, the singer-artist-poet Patti Smith. These early photographic works were generally shown in groups or elaborately presented in shaped and painted frames that were as significant to the finished piece as the photograph itself. Then he acquired a large format press camera and began taking photographs of a wide circle of friends and acquaintances. These included artists, composers, socialites, pornographic film stars and members of the S & M underground. Some of these photographs were shocking for their content but exquisite in their technical mastery. During the early 1980s, Mapplethorpe’s photographs began a shift toward a phase of refinement of subject and an emphasis on classical formal beauty. During this period he concentrated on statuesque male and female nudes, delicate flower still lifes, and formal portraits of artists and celebrities.

Published on the occasion of the eponymous exhibition at the Serralves Museum of Contemporary Art, Porto, from September 20, 2018, to January 6, 2019. 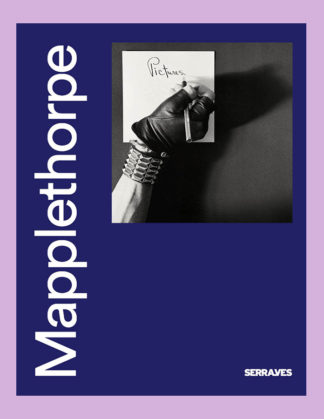