During ten years from the mid-1980s through the mid-1990s British artist Richard Long executed several works throughout Spain. These works are collected in “Spanish Stones”, and fill an important gap in documenting the artist’s career. Long, one of the world’s foremost practitioners of Land Art, worked on a variety of projects while in Spain: he took several walks of hundreds of miles each through the country, creating stone cairns and other structures along the way. He also created language pieces out of these walks, for example, he wrote down a different sound he heard each day during one walk, or he used arrows to represent the wind direction each day during another. Also included here are a series of 20 mud drawings he executed on the banks of the River Avon in 1995.

This copy is in perfect condition. 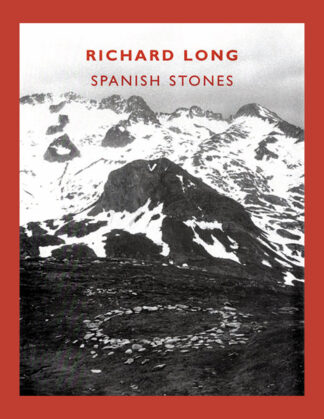