The Art Institute of Chicago, 2010

Since the 1990s, Richard Hawkins has developed an emphatically diverse art that resists easy classification. Offering alternate histories through the juxtaposition of unlike elements — whether ancient Greek and Roman sculpture, 19th century French Decadent literature, post-structuralist theory, 1980s teen heartthrobs, Native assimilation in the American Southwest, or the intricacies of Thai sex tourism — the work is at its core, about the pleasure of intense looking. Hawkins is an equal opportunity voyeur, but it is the male figure — often young, beautiful, and exotic — that is the subject and inspiration in his work. Critical pairings are primal matter, making collage not simply a medium for Hawkins but a philosophy/methodology that defines his art. His earliest mature statements took the form of collage and the medium has held firm within his oeuvre ever since. For this reason, Richard Hawkins: The Third Mind — the artist’s first American museum survey — is largely focused on his collage-based work as a platform from which to understand his larger practice. 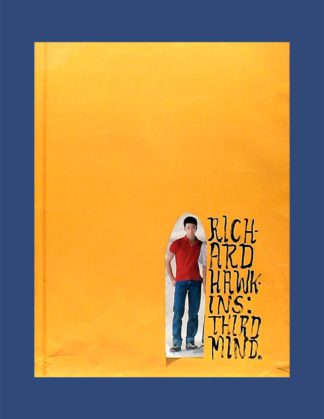