Pop art arose in the 1960 in the major art capitals of America and Europe, revolutionary in its celebration of popular or mass culture. Artists such as Seurat, Toulouse Lautrec, Stuart Davis and Willem De Kooning had been interested in integrating popular imagery in their art, but they had transformed their source material into their own art – Pop artists let their sources speak louder than their art. Roy Lichtenstein’s paintings based on comic books, Andy Warhol’s on film stars, James Rosenquist’s after billboards and Peter Blake’s inspired by record albums celebrate their sources with the subtlest transformation into art. They keep both the subject and the stylistic devices of their sources, or allow the source imagery to be more apparent than the creative reworking by the artist.

This book presents the most important works of the movement, as well as explaining in what sense Pop was, and still is, a movement. Several unjustly neglected women artists are brought to the fore and the meaning of Pop’s revolution is examined through the decades, across Europe and the US. Crucial for the artworks explored, the source materials of consumer culture and popular entertainment are also illustrated and Collins shows how they were used by artists to make their works. Indeed, the relationship between popular culture and Pop Art is explored from all angles, discussing its interpretation as critique or celebration of consumerism, mass production and contemporary graphic art; whether Pop is simply another manifestation of popular culture or subversive criticism of it. 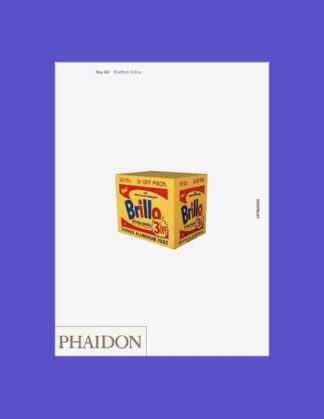