This book reveals Van Snick’s long-standing experimentation with a wide variety of materials and techniques, such as drawings and works on paper, photography, film, sculptures and works in situ. A red thread through the artworks is their close ties to everyday reality, life and nature. The accumulation of time incorporated in Van Snick’s work – he has been steadily building on his Dynamic Project since the late 1960s – now allows for a global understanding of his idiosyncratic, highly moving visual idiom. As a consequence it is now possible to distinguish Van Snick from his generation of peers, the conceptual artists of the early 1970s.

This richly illustrated volume, with a foreword by Lies Daenen, is constructed around a chronology of the artist’s work and life, written by Marie-Pascale Gildemyn. Her all-encompassing approach is complemented with essays offering specific, in-depth readings. They are written by Liesbeth Decan, Hans M. de Wolf, Alexander Streitberger, Paul Tanghe, Hilde Van Gelder and Lore Van Hees. 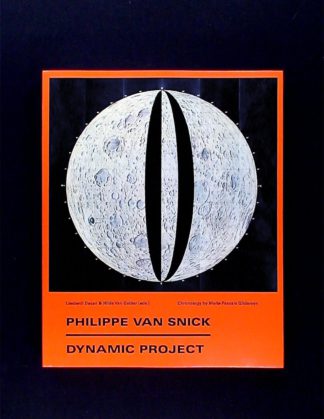