Philip Guston: Nixon Drawings is the first comprehensive collection of Guston’s legendary satirical caricatures of the 37th President of the United States, Richard Nixon. Expanding on Poor Richard (University of Chicago Press, 2001, now out of print and rare), it features some 180 works depicting Nixon and his cronies from 1971 and 1975. The book opens with an introduction by Philip Guston’s daughter, Musa Mayer, and also includes the transcript of a panel discussion moderated by Phong Bui with William Corbett, Irving Sandler, Lisa Yuskavage, Bob Mankoff and Katy Siegel.

These trenchant works were created in the tumultuous political climate of the early 1970s; the US was reeling from the assassinations of Martin Luther King Jr. and Senator Robert F. Kennedy, the chaos of the 1968 presidential election and the enduring violence of the Vietnam War. The publication of the Pentagon Papers, and Nixon’s unsuccessful attempts to prevent their disclosure, made the president look both amoral and somewhat hapless. This is the “Poor Richard,” a slyly political little sneak, that appears in Guston’s cartoons from the period. 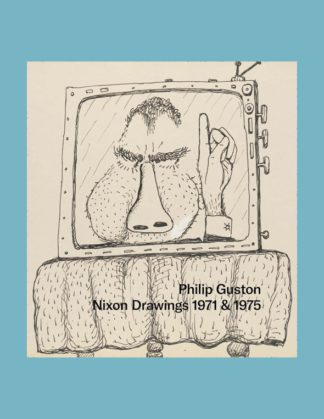