To enter Peter Märkli’s imaginary we cannot follow a linear path. We could try to look back chronologically to the various stages that have marked his formation: the meeting with the architect Rudolf Olgiati, the years spent at Zurich’s ETH, the strong bond with the sculptor Hans Josephsohn. “In Search of a Language. A journey through Peter Märkli’s Imaginary” reads the work of Peter Märkli in the light of the heritage of his artistic fathers, continually rediscovered — both in his architecture and in his drawings — through an unceasing research trying to grasp the essence.
Peter Märkli (born 1953 in Zurich) lives and works as an architect in Zurich. Studied at the ETH Zurich. Acquaintance with the architect Rudolf Olgiati and the sculptor Hans Josephsohn. Own studio since 1978. 2002–2015 Professor at the ETH Zurich. 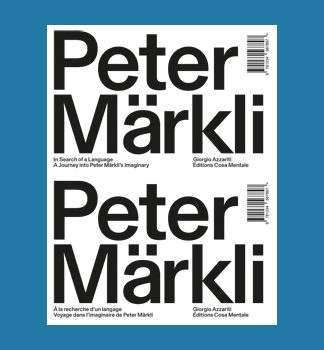