Often dematerialized to the point of invisibility, this work also increasingly enlists human participants, often in what the artist describes as ‘reality directed’. For Motion Pictures (2000) Althamer choreographed actors to perform everyday actions in a public square (greeting a friend, feeding pigeons) at the same time every day for three weeks. Viewers, if they didn’t know what to look for, could not know whether they had seen the artwork at all. Another major element of Althamer’s work is institutional critique. For a 2003 exhibition at his Berlin gallery, Neugerrieumschneider, he transformed the high-design space into a litter-strewn shell, essentially returning the gallery to its dilapidated pre-gentrification state.

But perhaps the defining feature of Althamer’s work is the artist’s own body and its experience of the world. This interest takes different forms: sometimes larger-than-life self-portraits (as in the giant nude Balloon he raised over Milan in 2007), sometimes documentation of his experiments in consciousness (as in two 2003 videos of the artist undergoing hypnosis in Warsaw and ingesting peyote in Mexico). His work with others could even be seen as a fragmented self-portrait, with the artist multiplied into a series of effigies around which new communities are forged. Since 2007 he has run a twice-monthly ceramics workshop for adults suffering from multiple sclerosis, with the results being exhibited at galleries such as London’s ICA (2008) under the name Nowolipie Group & Pawel Althamer. 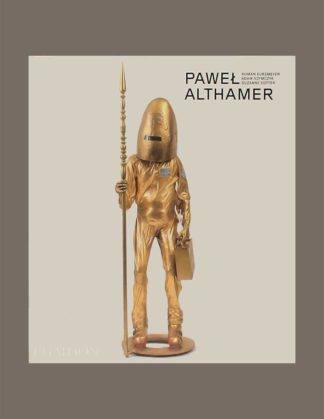