This definitive, chronological visual record spans Paula’s early days in the music industry as an art director with CBS and Atlantic records; the launch of her first studio, Koppel & Scher; and her 25-year engagement with Pentagram.
Co-edited by Tony Brook and Adrian Shaughnessy, the book organizes Scher’s work chronologically into several thematic sections. It opens with a long interview with the designer, then moves into her record covers from the 1970s and 80s. Central chapters look at her innovative approach to identity design and environmental graphics and its impact on contemporary New York’s urban fabric—as seen in work for clients from MoMA to Charter Schools; from the High Line to Shake Shack—as well as her logos for global corporations and cultural institutions.

A large section on authorship is devoted to the designer’s socially and politically-motivated posters, New York Times Op-Ed illustrations and campaign work. The book also provides the most up-to-date look at Scher’s idiosyncratic hand-painted maps, a prolific artistic practice that complements her still-growing graphic legacy, as well as her longstanding collaboration with The Public Theater, which spans over 20 years. 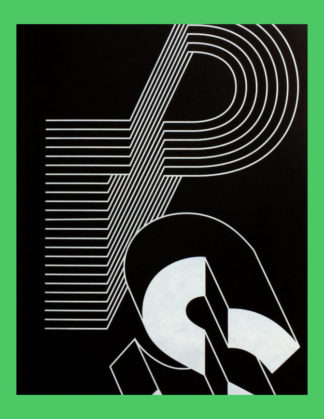