Part of a City: The Work of Neave Brown Architect

Part of a City: The Work of Neave Brown Architect explores the ethos and ideas of the Anglo-American architect Neave Brown (1929-2018), winner of the RIBA Gold Medal 2017. Part of a City gets its title from Brown’s Gold Medal acceptance speech, when he observed: “We weren’t making housing, we were making part of a city.” The book brings together his writing and design projects, including his celebrated large-scale urban housing work for Camden Council, and the later projects in Italy and The Netherlands, the latter undertaken in private practise with David Porter. Part of a City re-presents original critiques from the 1960s and 1970s by prominent figures such as Reyner Banham, Bob Maxwell, Christopher Woodward and Ed Jones, with new writing by architects and critics including Kenneth Frampton, Jonathan Sergsion, Simon Henley, Paul Karakuservic and Peter Barber. 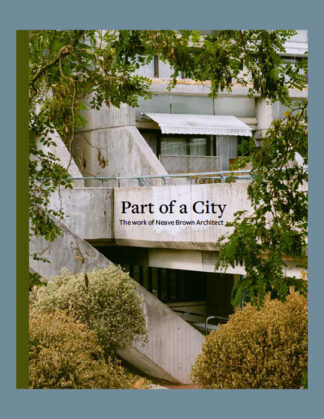