Nicolás Lamas: The Attraction of the Mountains

Nicolás Lamas’ work derives from an interest in constructing material interactions, frictions, attractions and repulsions, dichotomies between the similar and the incompatible, between vacuum and matter. Most of his projects focus on examining notions of stability and order by distorting the logics of perception through objects and materials that somehow don’t belong together, constantly arranging a notion of knowledge that escapes systemic procedures.

He reflects on the transitory condition of matter as embedded in a system of ephemeral and divergent relations.
Man-made elements, organic materials and mass-produced objects have been simultaneously choreographed, matter is here an alibi that allows the viewer to address transience as intrinsic to the general state of things, in which notions of danger, uncertainty and predation become apparent. 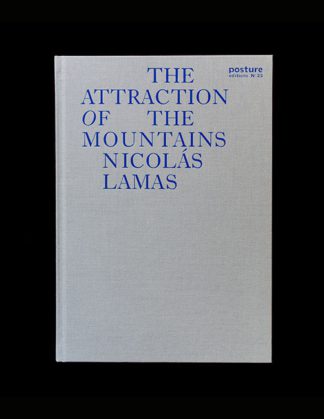 Je bekijkt nu: Nicolás Lamas: The Attraction of the Mountains €35,00
In winkelmand
0