In his most recent essay, Nicolas Bourriaud claims that the time is ripe to reconstruct the modern for the specific context in which we are living. If modernism was a return to the origin of art or of society, to their purification with the aim of rediscovering their essence, then our own century’s modernity will be invented, precisely, in opposition to all radicalism, dismissing both the bad solution of re-enrooting in identities as well as the standardization of imaginations decreed by economic globalization.

To be radicant: it means setting one’s roots in motion, staging them in heterogeneous contexts and formats, denying them any value as origins, translating ideas, transcoding images, transplanting behaviors, exchanging rather than imposing. The author extends radicant thought to modes of cultural production, consumption and use. Looking at the world through the prism of art, he sketches a ‘world art criticism’ in which works are in dialogue with the context in which they are produced.

‘And if twenty-first-century culture was invented with those works that set themselves the task of effacing their origin in favor of a multitude of simultaneous or successive enrootings? This process of obliteration is part of the condition of the wanderer, a central figure of our precarious era, who insistently is emerging at the heart of contemporary artistic creation. This figure is accompanied by a domain of forms and by an ethical mode: translation, whose modalities and cardinal role in contemporary culture this book seeks to enumerate.’ 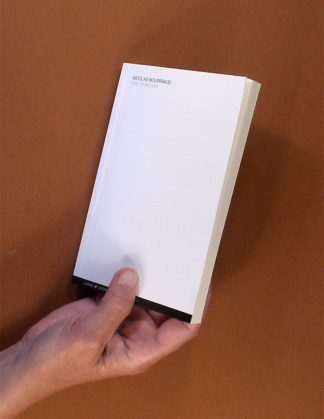