New York Mid-Century tells the story of how the Big Apple emerged as the cultural capital of the post-war world in all fields of creative endeavour, from art, architecture and design to music, theatre and dance. It was a period of intense cross-fertilization, as poets and critics mixed with artists, dealers, musicians, designers, architects, dancers and choreographers.
Annie Cohen-Solal brings alive the influential critics and patrons, the legendary galleries, and the artists themselves, from Pollock, Rothko and de Kooning to Johns, Rauschenberg and Warhol. Paul Goldberger presents the modernist architectural masterpieces that created the city’s sleek new profile, highlighting both public and private spaces, while Robert Gottlieb invites us to relive the heyday of the musical, explore the great jazz clubs of Harlem, and peek into the inventive studios of the dance world.

Richly illustrated with hundreds of paintings, drawings, photographs, elevations, plans, posters, playbills and ephemera, New York Mid-Century is a stirring evocation of a remarkably fertile period in the city’s history, the styles and aesthetics of which are now very much back in vogue. 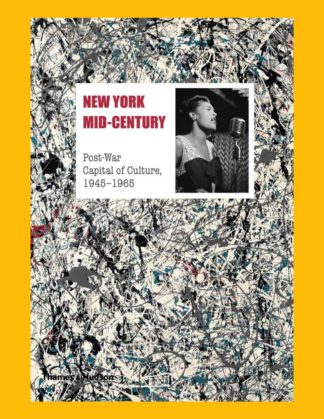