One of the few truly visionary architects of large-scale commissions working today, Thom Mayne’s influential firm Morphosis, founded in the early 1970s, has maintained an avant-garde presence among contemporary architecture firms, even as it has garnered high-profile, big-budget commissions from around the world. Since Rizzoli published Volume I of the Morphosis series in 1989, the Los Angeles–based firm has continued to push its intricate modernism into new territories. In the tradition of its four visually groundbreaking predecessors, this fifth volume packs 500 illustrations into a comprehensive tour of Morphosis’s activity. New works covered in Volume V include Cal Trans Headquarters in Los Angeles (2004); the San Francisco Federal Office building (2006); the Wayne L. Morse United States Courthouse in Eugene, Oregon (2006); and the University of Cincinnati Student Recreation Center (2006). Projects in progress, such as the New Academic Building for the Cooper Union in New York (expected completion 2008) and the Phare Tower for La Defense, France (2012), will also be featured. 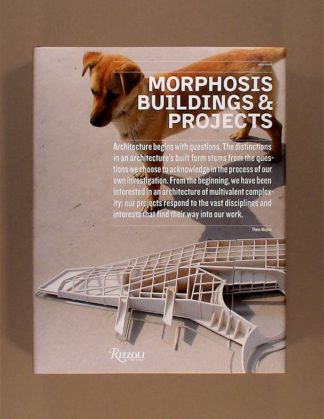