The little-known book from the most famous architectural exhibition of the 20th century. ”More a manifesto than a catalog”, this facsimile edition is the testimony of the exhibition that in 1932 inaugurated the Department of Architecture of the brand new Museum of Modern Art in New York. Edited at the same time as “The International Style: Architecture since 1922”, also by Henry-Russell Hitchcock and Philip Johnson, it is often confused with. But there are fundamental differences between the two that justify the distance between their titles. “Modern Architects” is not a stubborn search for a Style, which, as in Gothic, should be international, removed from personalities and discussion of works in particular. Modern Architects is the wonder of a journey to Europe and an American anxiety for original contributions more than its eternal imitation of European styles.
The most famous architectural exhibition in the twentieth century, both ambiguous as controversial, grasped an unknown beauty of modern architecture in a selection of works perceived as keystones of modernity, many of which are today forgotten, and which this book recovers, in an edition where the sequence itself is a piece of history of modernity, of trying to be as authentic as possible. 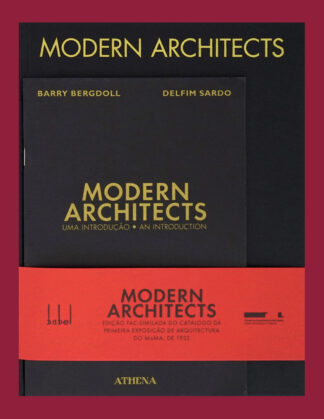