Minimalism in Germany. The Sixties

In the exploration of abstraction and the Zero avant-garde, of constructive and concrete tendencies, an independent strand of minimalism developed in Germany in the sixties. This publication is devoted to reductionist works by German artists who produced large sculptures, series of visual objects, and action-oriented work concepts, representing a specifically German aspect of Minimal Art as an international phenomenon of the sixties. Essays on minimalist tendencies in Germany in the areas of architecture, literature, film, and design of this period expand the context. The catalogue features around one hundred works, most of them part of the Daimler Art Collection, by about forty artists, including artistic stances as diverse as those of Hartmut Böhm, Imi Giese, Hanne Darboven, Hermann Glöckner, Heinz Mack, Peter Roehr, Charlotte Posenenske, Ulrich Rückriem, and Franz Erhard Walther. 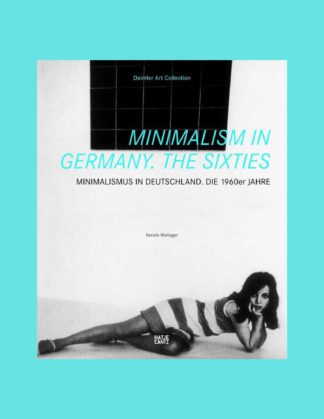 Je bekijkt nu: Minimalism in Germany. The Sixties €49,80
In winkelwagen
0