Mike Kelley is best known as one of the most influential visual artists of his generation. But he was also an insightful theorist who wrote profusely about his work as well as on aesthetics in the 1980s, 1990s, and 2000s, an epoch marked, in his view, by victim culture and the pop psychology phenomenon known as repressed memory syndrome. Mike Kelley: Materialist Aesthetics and Memory Illusions presents the artist in a new light, almost as an empirical philosopher delivering his position through art as well as writing. In a meticulous and transdisciplinary approach, Laura López Paniagua presents Kelley’s oeuvre as a stance in materialist aesthetics and weaves thoughtful relations between the artist’s critique, statements, and comments and the theories of thinkers such as Georges Bataille, Walter Benjamin, Pierre Bourdieu, Sigmund Freud, Jacques Lacan, and Maurice Merleau-Ponty. López Paniagua focuses on Kelley’s artistic production between 1995 and his death in 2012, analyzing these works vis-à-vis the concept of memory, one of the artist’s obsessions and leitmotivs throughout his career. 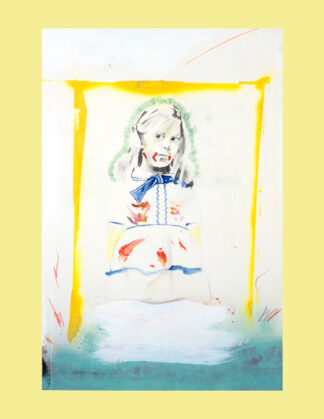