The Croatian-Dutch architect duo of Branimir Medic and Pero Puljiz have a working method that could be described as cleverly linking and rearranging elements that just fall short of being identical. By these means they convincingly create new forms and surprising spaces. It is a method that yields buildings that are minimalist, and at the same time, dynamic. Indeed, their body of work can best be described as dynamic minimalist. Educated as architects at Zagreb University, the two continued their studies at the Berlage Institute in the Netherlands. After winning first and second prize in the Dutch Prix de Rome in the mid 1990s, the two decided not to establish their own office as was customary, but instead to become partners at de Architekten Cie. in Amsterdam. From one day to the next, they went from being fledgling architects to co-directors of a major architectural firm. Medic and Puljiz often follow a similarly individual path in their designs. Different Repetitions shows in words and images the versatility but most of all their cohesion, from the Acanthus office building in Amsterdam to the Cultural Centre in Tianjin, China. 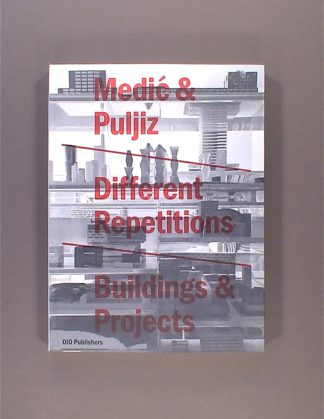