The void and limits have always been central themes in Peter Märkli’s teaching as professor for architecture and construction at ETH Zurich. The design tasks he has developed encourage students to formulate a notion of life depicted in architectural structures. The articulation of the void, the external space, plays a role that is as essential as the expression of the façade, the design of the limit separating outside and inside. With this publication and an exhibition, the architecture department says farewell to Peter Märkli, who will be ending his teaching at ETH in 2015. A selection of around 110 student projects created during his professorship, documents from his teaching, and a conversation illustrate some of Märkli’s interests and views. 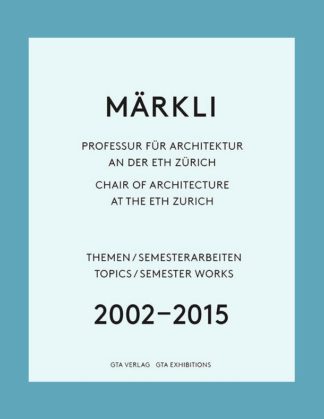