Mark Manders was awarded the Van Lanschot Kempen Art Prize 2018, which is given annually to a mid-career artist in the Benelux. This volume recognises this achievement in the form of an extended English edition of ‘Les études d’ombres’ (2012), published in French and commissioned by Carré d’Art in Nîmes. Since 1986, Manders has continuously worked and expanded on the notion of his ‘Self-Portrait as a Building’, producing artworks that resemble a fictional building, with divisions between various rooms and levels, but the exact dimensions and shape of which can never be determined. As such, his oeuvre forms a larger ‘Gesamtkunstwerk’ that fascinates our imagination. 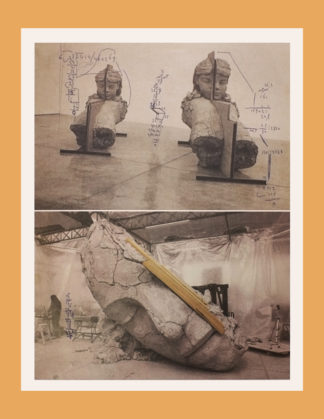