Lyonel Feininger. At the Edge of the World

Recognized for his remarkable synthesis of Expressionist and Cubist techniques, Lyonel Feininger (1871-1956) has long been considered a leading modern artist in Germany. In his native United States, he is less well known. This comprehensive survey, which examines the artist’s broad-ranging interests and influences including his involvement in German Expressionism and the Bauhaus, will reintroduce his art to American audiences.

Generously illustrated, this publication features works from throughout Feininger’s diverse career, including his turn-of-the-century satirical illustrations and comics, his carnivalesque Expressionist compositions and crystalline architectural scenes, his whimsical village of hand-carved wooden figures, and his late oils of New York City. The main essay discusses the full breadth of Feininger’s career, tracing his relationship with groups and institutions that defined the development of modern art, including Cubism, the Blaue Reiter, the Blue Four, the Bauhaus, and Black Mountain College. Additional essays focus on facets of Feininger’s work including his comics, his photographs, his musical compositions and their relationship to his visual art, and his reputation in Germany. 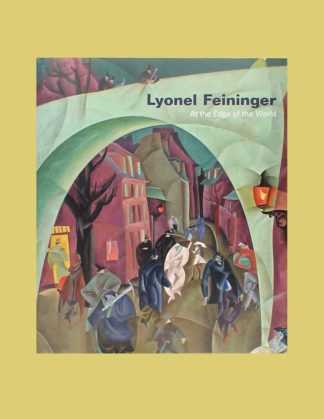 Je bekijkt nu: Lyonel Feininger. At the Edge of the World €62,50
In winkelmand
0