With a signed and numbered woodcut in an edition of 200 copies. BOOKLAUNCH 23/3/19

Belgian artist Louis De Cordier’s library in the Sierra Nevada – the high mountains of Spanish Andalusia – preserves important knowledge for future generations. Today, the project called ‘Biblioteca del Sol’ houses thousands of books and even a collection of seeds. The library hopes to stand as an inspiring symbol of the human aspirations, emphasizing sustainability as a core theme.

In 2010, high up in the Spanish Sierra Nevada, Belgian artist Louis De Cordier started an idealistic cross-border art & science project: the constructing of an ark containing important knowledge for future generations. End-of-the-World and Mayan Calendar people attached themselves to it, and in the run-up to the end of the world scheduled for 21 December 2012, there was a lot of media attention. Indeed, the world didn’t perish, but something more beautiful happened: a community of cultural creatives gathered around the Biblioteca del Sol, convinced about building a more sustainable society.

The Biblioteca del Sol currently houses about 7000 books, and aims to stand as an inspiring symbol of human aspiration, emphasising sustainability as a core theme. The books are vacuum packed, in order to protect them from insects and climatic factors. “It’s a very long-term project – the preserving of knowledge for future generations. But the story does not end there: it is not only a library and a building, but also a movement.” Cultural creatives joined Louis De Cordier, who he describes as “a growing group of people worldwide who care deeply about ecology and saving the planet; about spirituality and self-expression. Worldwide, we’re an estimated 200 million by now.” Some people relocated to the Sierra Nevada to live a more self-sufficient life, following in the footsteps of De Cordier; others are young Spaniards occupying abandoned farms in the mountains. “There is a community of people who care about sustainability, permaculture, ecological agriculture, and autarchy, and they find each other here. The crisis seems to challenge them to discover alternatives for the failure of the economic system. Everywhere around here, you see vegetable gardens, for example, and social life has become more vivid, too, because so many people have lost their jobs and need each other to survive. They are more open than before and more willing to find alternative solutions. My feeling is that in times of crisis, people can better distinguish between main and side issues – going for what really matters and choosing what they really care about. They are better able to make radical choices, apparently. That all leads to even more creativity. Biblioteca del Sol is obviously a project that appeals to the cultural creative. In the mainstream world, the short-term and the quick-fix rules. The long-term view of this project gives more perspective.” Sol as a symbol for a sustainable way of life. 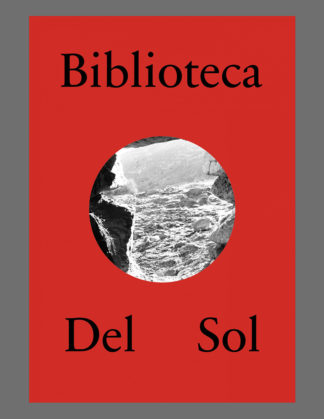