Liam Gillick was born in England in 1964. Since the early 1990s he has been among the leading representatives of the continuing development of conceptual art. In 2009 he was chosen to design the German Pavilion at the 53rd Venice Biennale. The Art and Exhibition Hall of the Federal Republic of Germany has dedicated an extensive solo exhibition to Liam Gillick. This is the first show of its kind, not only in Germany but also internationally. About 60 works from two decades will be on display. The development of his oeuvre will be shown according to groups of works and themes from the late 1980s to his contribution for the German Pavilion in 2009.
The work of this artist, who lives in New York and London, cannot be allocated to any specific artistic media: he is at one and the same time, an object maker, painter, composer, curator and critic. Furthermore, Gillick can boast of an extensive list of publications which includes essays, critiques, fictional texts and theatre-related scenarios. 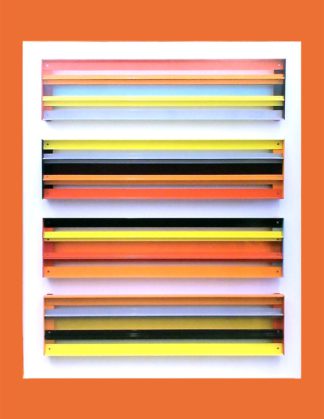