Leonardo da Vinci. Painter at the Court of Milan

Leonardo da Vinci’s reputation as an inventor and scientist, and the complexity of his creativity and personality, have sometimes almost overshadowed the importance of his aims and techniques as a painter. Leonardo da Vinci: Painter at the Court Of Milan focuses on a crucial period in the 1480s and ’90s when, as a salaried court artist to Duke Ludovico Sforza in the city-state of Milan, freed from the pressures of making a living in the commercially minded Florentine republic, Leonardo produced some of the most celebrated – and influential – work of his career.

The Last Supper, his two versions of The Virgin of the Rocks, and the beautiful portrait of Ludovico’s mistress, Cecilia Gallerani (The Lady with an Ermine) were paintings that set a new standard for his Milanese contemporaries. Leonardo’s style was magnified, through collaboration and imitation, to become the visual language of the regime, and by the time of his return to Florence in 1500, his status was utterly transformed.

Works from British, US and European collections represent the diverse range of Leonardo’s artistic output, from drawings in chalk, ink or metalpoint to full-scale oil paintings. Together with the authors’ meticulous research and detailed analysis, they demonstrate Leonardo’s consummate skill and extraordinary ambition as a painter. 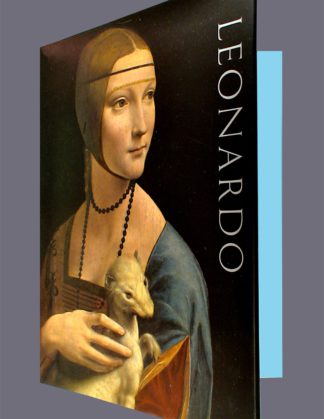