Although often associated with Belgian symbolism, Léon Spilliaert, largely self-taught as a painter, demonstrated a peculiarly individual style. He was born in the coastal city of Ostend, and created many of his most radical works there. An introvert and insomniac who suffered from poor health as a youth, Spilliaert wandered the night-time streets of the North Sea resort, creating mysterious and highly atmospheric depictions of its dark docks, beaches and promenades. He drew influence from such painters as Odilon Redon and James Abbott McNeill Whistler as well as the writers Edgar Allan Poe and Friedrich Nietzsche; his visual explorations of the self and potent images of solitude also align him with European modernists such as Edvard Munch and Vilhelm Hammershøi.

This book brings together more than 100 works from international public and private collections across Belgium, France and the US, including a series of haunting self-portraits that Spilliaert created in his twenties. Various authors, among them the scholar behind the artist’s catalogue raisonné, discuss the artist’s singular approach and put his career in context alongside that of his more famous compatriot and contemporary James Ensor. Acclaimed Belgian painter Luc Tuymans, in many ways the heir to Spilliaert’s legacy, provides a foreword.

Léon Spilliaert (1881–1946) was born in Ostend and moved to Brussels at the age of 20. He lived and worked between the two cities for the rest of his life. From 1903 to 1904 he worked for Edmond Deman in Brussels, a publisher of symbolist writers, whose work Spilliaert was to illustrate; that same year he stayed in Paris, where he discovered the work of Munch and Toulouse-Lautrec, whose influences he acknowledged. 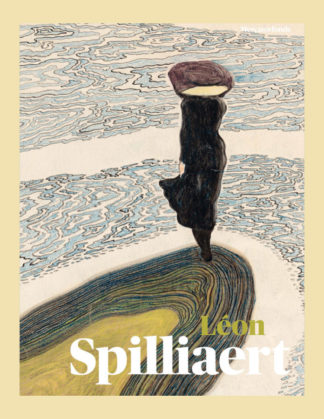